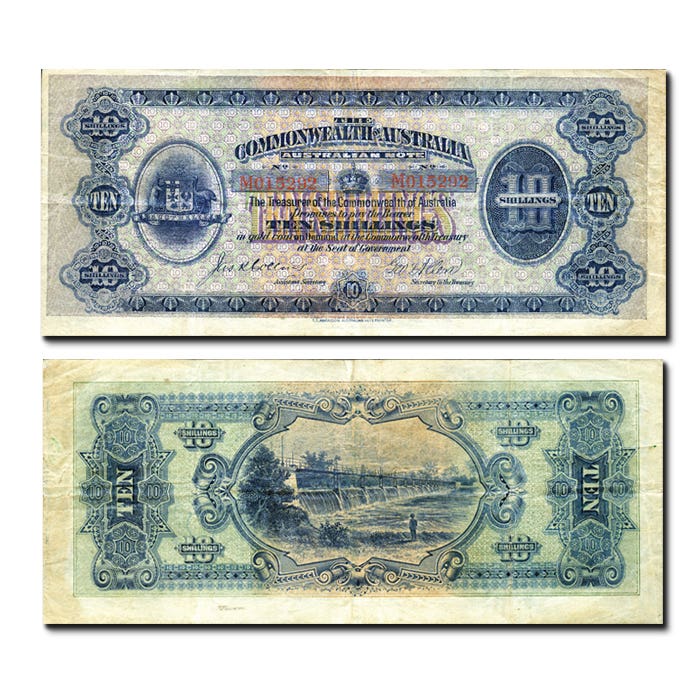 The 1913 10/- Collins/Allen is known in contemporary numismatics by its extreme rarity. This rarity is largely attributable to the comparatively tiny number issued. The Australian population was less than five million in the pre-World War I era, and the print-run of Australia’s first Ten Shilling note was approximately 600,000 – an incredibly small number for a denomination that was destined to one day be issued in the tens if not hundreds of millions. Of that tiny print-run, the ravages of time has seen the number of existing examples estimated to be no more than 100 notes. Unsurprisingly, the 1913 10/- Collins/Allen is among Australia’s most desirable banknote issues – hotly pursued by passionate collectors and eagle-eyed investors alike.

It still surprises some that, 100 years after printed, a note of such mind-blowing rarity is occasionally seen on the open market, and is not the exclusive province of museums and history books. Tangible evidence of Australia’s very first national banknote issue – and, by definition, tangible evidence of a new era of numismatics in Australia – we have two examples of this excessively rare banknote available.

If you are interested in this mouth-watering opportunity to dine at the top table of Australian numismatics, visit Downies.com, or call our rarities expert David Jobson on (02) 9299 4131.