This December, the VALO Adelaide 500 will be back for the first time in three years, providing super-car enthusiasts with four action-packed days of adrenaline! The Adelaide street circuit is renowned for high-stakes racing and an electric atmosphere that draws enthusiasts from around the world. The 2022 event will not only provide fans with highly anticipated supercars, drivers and star-studded music acts, but will also feature a very special event close to Aussie hearts. A Holden Tribute Cruise has been announced to celebrate the country’s greatest auto icon as the sun sets on its racing history.

Indelibly linked to the history of Australian motorsport, the Holden brand has raced supercars for over half a century and produced a pride of legends doing it! The early 1990’s – 2020 represented the heyday of Aussie motorsport with Holden playing a critical role in the longevity of the V8 era - defined by jubilant crowds, mammoth sponsorship deals, megastars, as well as its fair share of drama, crashes and unforgettable moments! In Toranas, Commodores and Monaros, Holden’s legendary drivers celebrated a total of thirty-four Bathurst victories, twenty-one ATCC/Supercars championships, four Australian Rally Championships and two Bathurst 24 Hours!

On Saturday 3 December, a procession of Holden cars will travel from the former Elizabeth Holden factory to the Adelaide 500 street circuit at Victoria Park to commemorate the brand’s final supercars race at the VALO Adelaide 500. Ever the ‘people’s car’, Holden owners from across Australia have been invited to secure their place in the cavalcade by purchasing a Saturday ticket and seeing off this beloved brand with a ‘final roar’.

“It is fitting Holden’s final race will be at the Adelaide street circuit and the Holden Tribute Cruise will give Holden fans a chance to commemorate this historic occasion.” says Premier Peter Malinauskas.

Further commemorating Holden’s grand legacy at the upcoming VALO Adelaide 500, fans will be treated to a display of 33 iconic Holden cars with the grand send-off culminating in legendary driver, Craig Lowndes, completing a lap of honour behind the wheel of a Holden. The perfect choice, Lowndes won three Supercars Championships, as well as four Bathurst 1000s in a Holden!

For the fans! The Final Roar Enamel Penny Set…

If you are a Holden, or motorsport, super-fan and want a memento of racing’s golden years, then the HOLDEN’S FINAL ROAR collection is not to be missed! An official Holden product, it includes seven GOLD PLATED genuine Australian pennies - featuring unforgettable cars from Holden’s racing history. From the first Holden to take part in an international racing event in 1953, through to the ‘Final Roar’ of the 2020 Bathurst win - this collection encompasses Holden’s triumphs through the decades! The perfect conversation starter, to reminisce about the good old days. Click here to view the great range of Holden and motorsport memorabilia at Downies Collectables and grab your HOLDEN’S FINAL ROAR collection today! 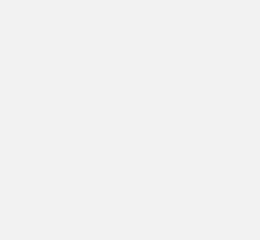